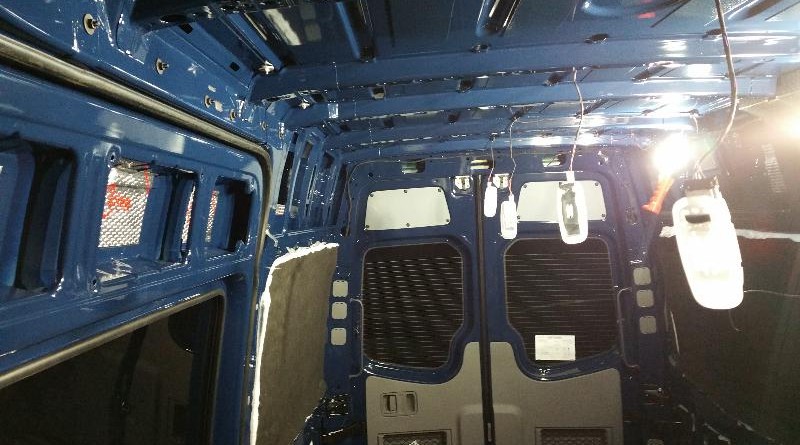 Summary (TL:DR): Removing the headliner was very frustrating. The existing plastic rivets are a huge pain to remove without breaking. Solution: remove all the factory plastic rivets and replace them with stainless bolts and washers, threaded into rivnuts (or plusnuts!).

When we opted to buy the crew style Sprinter van we did so because we thought it would make it a lot easier to finish. This is probably still true. But I think I failed to grasp that I would have to remove the headliner (several times) before the van build was complete. And let’s just say the factory headliner is not installed in fashion that it is easy to remove again.

For us, removing the headliner was by far the hardest part of the van build. Forget cutting holes in the ceiling, wiring all the electrical, connecting to the fuel tank – nope, easy – compared with popping out all those ridiculous little pop rivets.

There are several good write-ups that you can find dealing with removing the headliner. I won’t attempt to recreate them. I will, however, offer my 2-cents on the matter.

Tools to remove the headliner:

Tools to re-install the headliner without rivets

Procedure that worked for me for removal of headliner (as usual, your experience my vary –  hopefully better than mine):

Starting at the front: 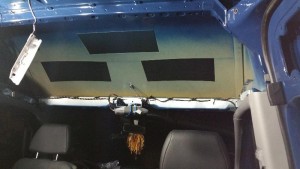 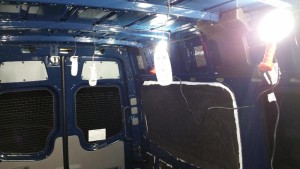 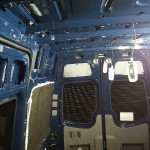 Putting it back together

I recommend taking the headliner out starting at the front of the van. If you use my method for putting it back together, you can do it in any order. As you may well have noted from the above, I did not take too kindly to the rivets in the headliner. Because I knew this headliner removal thing was going to happen a few times I decided to take matters into my own hands for the re-installation. Rather than subject myself to rivet hell several times I decided to replace all the ceiling headliner rivets with screws into 1/4-20 rivnuts.

In order to replace the rivets, I installed 1/4″ rivnuts along the ribs of the van frame above the headliner. Two 1/4″ rivnuts fit in existing holes at the locations where each headliner panel met an adjacent panel. And four more in the middle of the large panel for good measure. (edit: I know recommend plusnuts over rivnuts – see the comparison write up here) 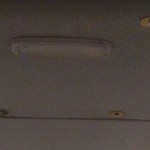 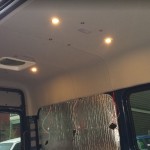 This method proved to be an amazing time saver. I had to cut a notch out of the adjacent panels in order to allow the panels to slide together how they need to and drill new, carefully measured, holes into each headliner in order to accommodate the bolts going through, but in the end I think it turned out very nicely. And the subsequent times I have had to pull the headliner for various reasons have been so much easier! Just remove a few bolts and slide the headliner right out.

UPDATE (4/2018): We later replaced the headliner completely with a wood panel ceiling. See this post: New ceiling and Wall Panel Installation, for details.